Second best isn’t that bad when considering your competition. Tysons Corner and Reston are two of the largest office submarkets in the country with a combined 50,536,733 SF, 29,519,533 SF of which is comprised of 4 & 5-Star properties (58.4%). That’s only slightly less than Herndon, Fairfax Center, and Merrifield’s entire inventory combined (30,903,488 SF). Whether a matter of perception (Herndon), lack of direct access to Metro stations (Fairfax Center), or delayed development (Merrifield), these submarkets are often an afterthought for tenants when considering where to locate their business; however, with more than 16.5 million square feet of 4 & 5-Star properties between them, these submarkets offer both quality and value with average rents well below the both the metro average (45.19/SF) and Reston ($36.93/SF) and Tysons ($39.97/SF).

Q3 2019 saw an improvement in nearly every metric in each submarket with only Herndon’s 12-month rent growth seeing a slight decline from 2.1% to 1.4% (still positive). Each submarket has its own reason to be optimistic, but the common theme seems to be that the secret is out!

In 2017, Amazon Web Services moved to Herndon; constituting the largest deal in over 5 years. This was in no small part to Herndon’s proximity to data center alley not to mention Dulles International Airport. With Amazon’s decision to locate its HQ2 in Crystal City coupled with the Silver Line expansion (set to deliver in Q3 2020), the submarket is poised for explosive growth. In fact, we may be seeing the beginning of this renaissance. Herndon’s vacancy rate is above the metro average, mostly due to large scale move outs, but saw a decrease of 0.7% in the past quarter in addition to a 348,800 SF positive swing in net absorption. Rents increased by $0.44/SF on average from last quarter. Currently there is more than 2,000,000 SF available but much of that is within half a mile of the Silver Line stations. Developers may be waiting to break ground due to the existing inventory and vacancy level, but there are more than two dozen projects in the proposed pipeline and sales volume in Herndon is the highest in Northern Virginia.

In 2015, Exxon Mobil vacated more than 1,200,000 SF when it moved its headquarters from Merrifield to Houston. As a result, the submarket’s vacancy rate skyrocketed to 25% and while it has since recovered it is still slightly above the metro average (13.1%). Inova filled the void by occupying the former campus, but has since scrapped its plans to develop/occupy 15,000,000 SF; returning the original proposal of 5,000,000 SF. This is still a significant expansion, on par with Amazon (6,000,000 SF by 2024). Time will tell if there is an “Inova effect;” characterized by increased demand from smaller tenants that wish to be close to the healthcare giant, but currently tenants are leaving the submarket for more urban environments along with Tysons Corner and Reston. This is evidenced by the lack of any new development in the past 10 years, none in the pipeline in the next 12 months, and sales of  little more than $10,000,000 since the start of 2018. 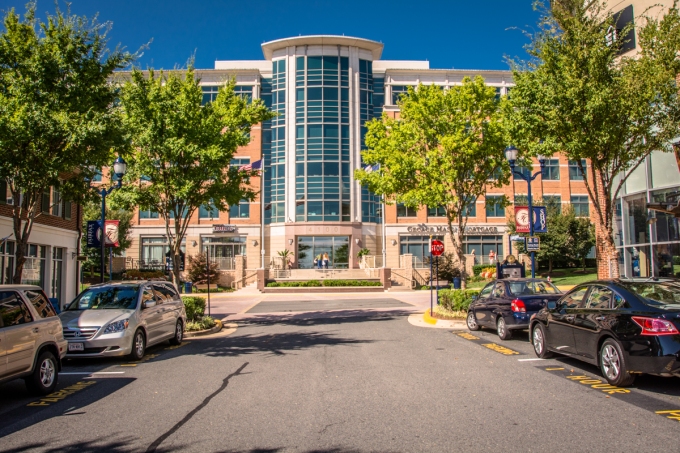 Fairfax Center has cause to be cautiously optimistic due to 6 consecutive quarters of positive net absorption; resulting in a significant decrease in the submarket’s vacancy rate. Still at 20.9% it is well above the metro average. The positive leasing activity can be attributed to the increase in defense spending in the recent budget, but in a submarket heavily occupied by large government contractor tenants it is especially vulnerable to large scale move outs.